The passing this week of Civil Rights icon John Lewis was hard to hear.  He was known in recent times as the conscience of Congress.  But it was decades before he thought about being in Congress, that his noble public journey began.  Most notably, as a young follower of Dr. King, he got his head beaten in on the Edmund Pettus Bridge leading out of Selma, Alabama the infamous "Bloody Sunday" in 1965.

John Robert Lewis was an endearing man. He had clear and simple messages.  He had a trustful way of delivering them. He made perfect sense. He had a simple name. There was nothing flashy or too fiery about him. He could go unnoticed if he weren't so damn brave and consistent.

I was just a tike growing up in New York in the historic Civil Rights days of the 1960s.  But we paid close attention to what was going on in the South.  Many of our older friends and relations were moved to go down and join the marches. Some became notable because they never came back. Equality and justice for all were the main rallying cries.  The Voting Rights Act of 1965 was an accomplishment – at least in theory.

In January of this year (pre-COVID), 55 years after Bloody Sunday, I attended a friend's funeral in Selma. The wife and I made our first pilgrimage to the Pettus Bridge – still named for the Confederate General, KKK (Don't make me spell those words out) leader (What do they call them, dragons?) and US Senator from Alabama through his death in 1907. Like my visit to a German concentration camp many years ago, you could feel the significance of where you were penetrating your bones. John Lewis was still alive, still in Congress, still fighting for voting rights and a lot of other justice. When he died this week, he was still fighting.  In his death, the fight will be easier because of him and it will be won.

I'm guessing with all the "renaming" going on in this country, the Pettus Bridge is a goner for none other than Congressman Lewis. That one should not even need a vote.  Ironic for a guy who was all about the vote. RIP John Lewis. 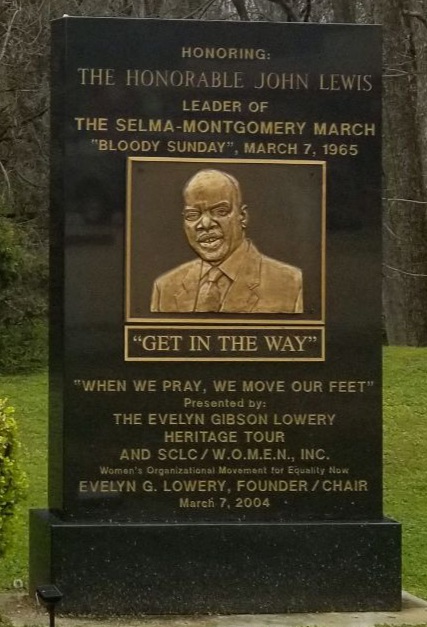