Hard to believe it's been a year since we dedicated CHA Headquarters to our beloved Norma L. Shapiro. I'll start a tradition and take this day each year to bring up remembrances of her where the Housing Authority was concerned. On this first anniversary, let's start with two.

The first one is recalled fondly by older CHA employees. It dates back to before my time which speaks to its notoriety. When the Federal Court took over, folks were fearful for their jobs. The Judge addressed this in her inimitable, simple fashion. She said, "If you work hard and are honest, you will have a job." That was well received by the right people.Judge Shapiro brought with her a firm, legal principle that lives strongly in CHA offices to this day -- the conflict of interest. No new endeavor is ever taken on without first asking if there is any potential conflict of interest. If we weren't already programmed as such, the court made sure we became that way. I think it is our trademark characteristic. I offer up an anecdote relayed to me by a former Board member appointed by Judge Shapiro. Mr. Jones had received a call from a member of the public asking for his assistance in gaining favor from the Housing Authority. His answer – "We don't do business that way anymore."The Judge gave us much that will live on. These are just two examples. Here's to Shapiro Day at the CHA! 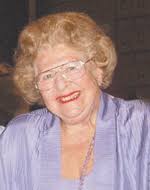